Higher education has some issues. Its cost keeps rising and even if we ever get one time student loan forgiveness, new student loans will just build up again and again. Finding a way out of this cycle is the key.

Because this ever increasing cost leads to a lot of other consequences. Working your way through school has become functionally impossible. 40 years ago it was possible to pay for a 4-year degree while working part time, but with expensive tuition, sometimes unpaid internships, and skyrocketing rent, going through school without taking on heavy loans is less and less likely. The students who attend one of the tuition free colleges are lucky, but they are also incredibly few and far between. The huge increase in homeless college students is just one sign of this. A UCLA study found that one in five California community college students, one in 10 California State University students and one in 20 University of California students are homeless.

In part because of this, many students, especially low income and minority students, are not able to finish the full four years of schooling. Both money and family issues play a part. In spring 2022, 17% of US college students said they were planning to drop out and a further 19% said they didn’t know if they would return to college. 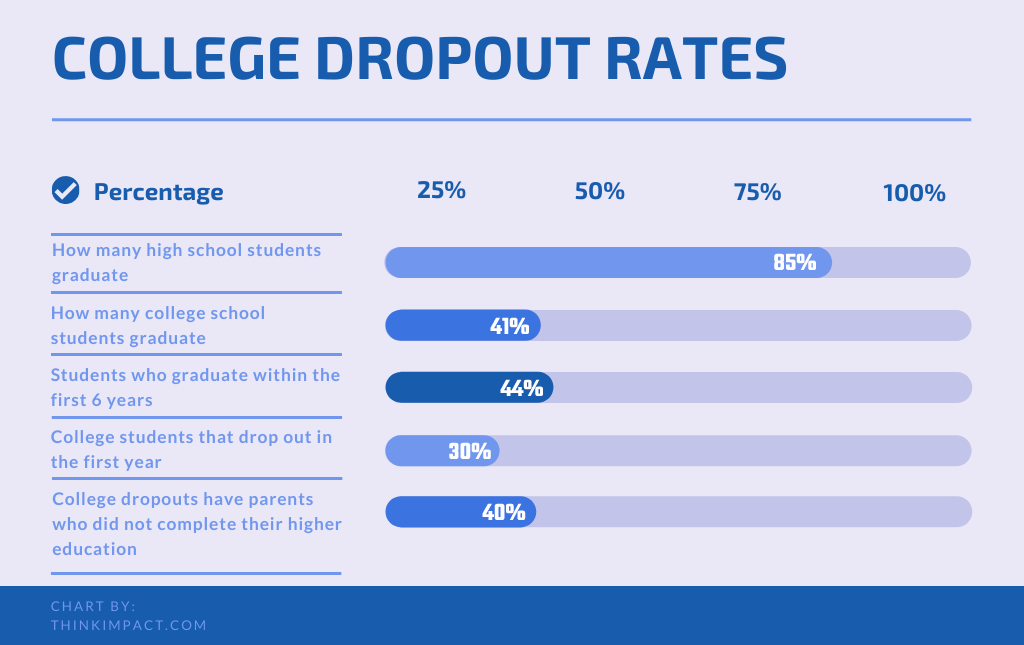 With the increasing cost and the decreasing enrollment (since 2020), colleges may be looking at the same slow death spiral that movie theaters have been staring down for a decade. 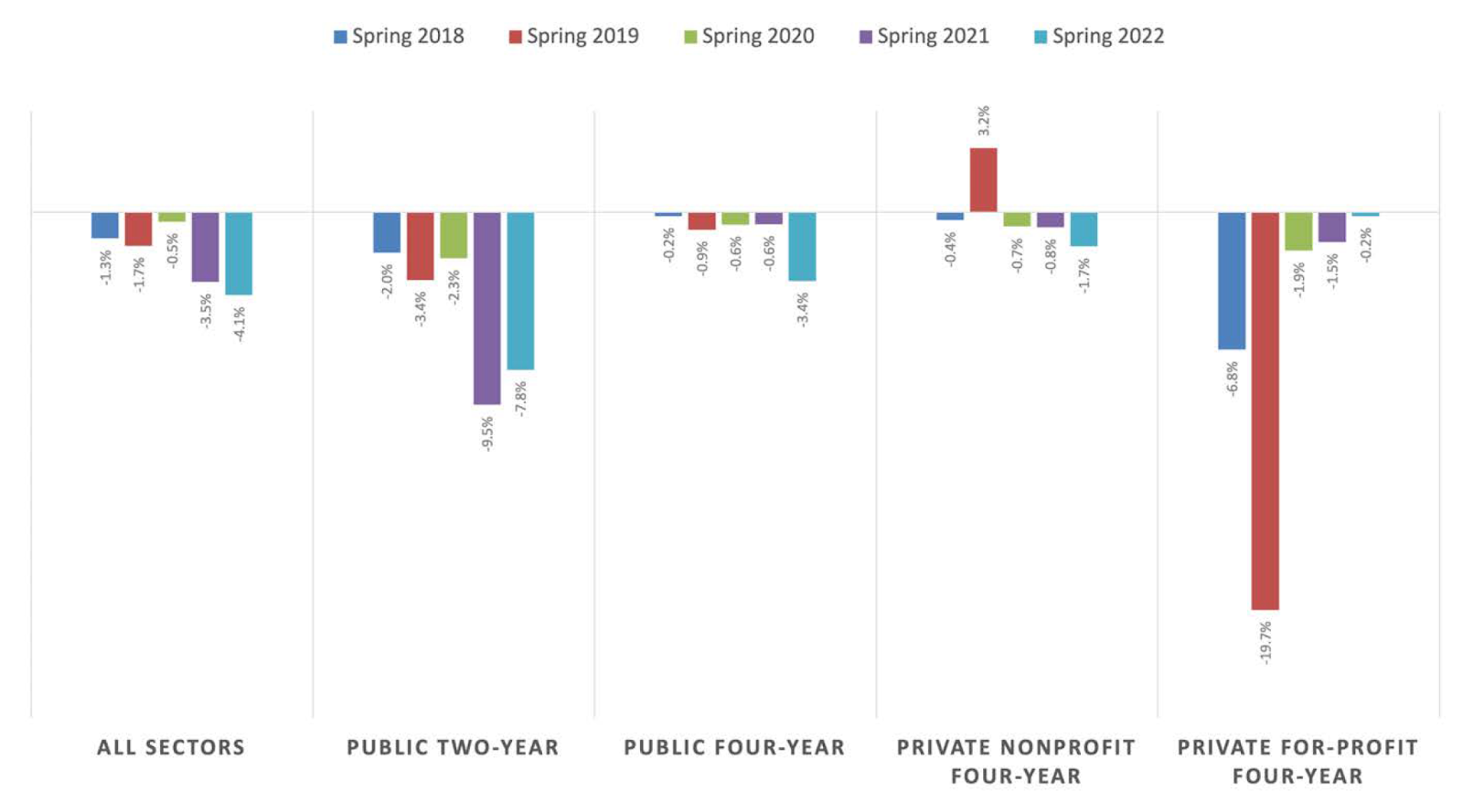 To address these problems, there have been a number of studies researching alternatives to our present system.  Abdul Latif Jameel at the World Education Lab released a white paper, Ideas for Designing An Affordable New Educational Institution with a number of interesting alternatives to our present system. Mckinsey and Company also took a look at ways to change colleges. And Cambridge University’s Stefan Collini took a look at previous efforts to remake higher education.

Here are some ideas taken from those sources and others. 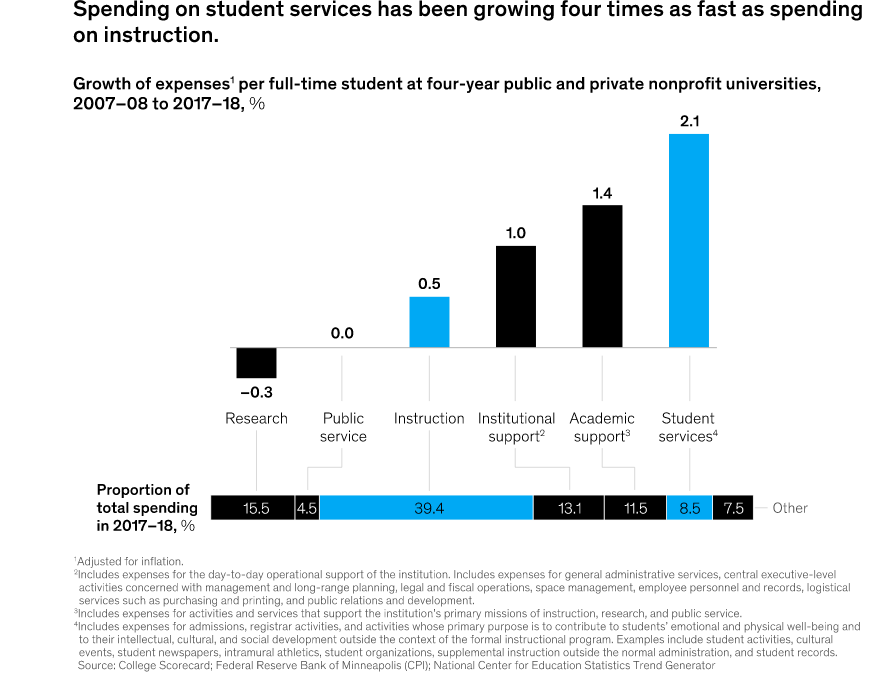 A more open and flexible university system is vital, but there are a lot of factors working against it. One of the biggest is of course the US News and World Reports Rankings, which continue to reward the top tier universities with high rankings (although some cracks are starting to show there). Change at universities can be just as difficult as change at K-12 but it starts with incremental steps, at least until everything snowballs.

The internet is all a-flutter with worries and speculation about what ChatGPT and AI in general might do to K-12...

The FETC conference is going on right now in New Orleans and sadly, the conference has a paltry online offering....

When we talk about education on this site, we are often talking about the systems of education. Curricula, standards, teacher...

Justin Reich is an education and technology researcher and the director of MIT’s Teaching Systems Lab. He hosts a podcast...

There is further consolidation in the EdTech industry as a publishing giant, Houghton Mifflin Harcourt, is buying the Oregon-based assessment...

For the 5th year in a row National Public Radio is running the Student Podcast Challenge offering US middle and...